Allie Smyth, a senior who played varsity soccer at NTHS, signed her Letter of Intent to play soccer for Edinboro University Fighting Scots. She is pictured with her parents, Dawn and Jeff, Coaches Steve Sabo and Hannah Crouch, and Katie Smith, high school assistant principal. She received a partial scholarship. Katie is the fourth of four sisters to play varsity soccer at NTHS; she and two of her sisters were named to the All WNY team while in high school. 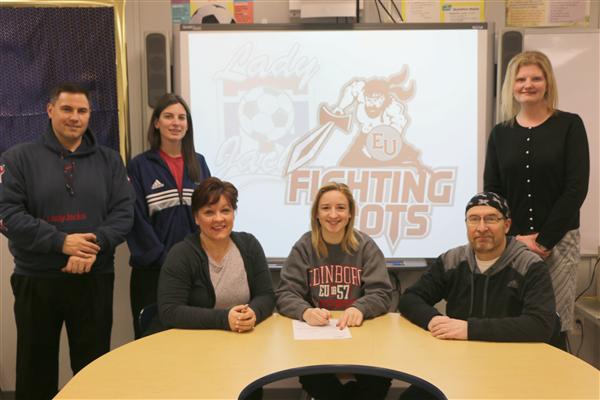 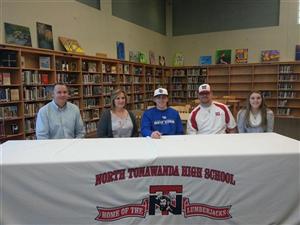