Kraus Brings the Wide World of Sports to NTHS

Joe Kraus, a junior at North Tonawanda High School, has been bringing sports updates to his NT classmates every morning for the past six years. He started as a sixth grader at Spruce Elementary when he was asked to start a sports show on the morning announcements over the PA system. From there, his production and activity grew. 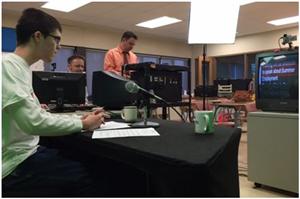 When he entered North Tonawanda Middle School, Joe started what has become known as the “Sports Corner” under the guidance of teacher/advisor Ben Ladik. His broadcast was part of The Morning Show at the middle school and his reports continued through seventh- and eighth-grade.As a freshman, he was given the chance to write and produce a daily sports show prior to the morning announcements when James Fisher, high school principal, gave “Sports Corner” the green light to air each morning, with the support of then-advisor Annette Follendorf and Robert Lucas. Now, with a more technically advanced studio at the high school, Joe is able to get his reports out to the entire school. Many are grateful for his reports, remarking that they learn more from Joe than they do from mainstream media. 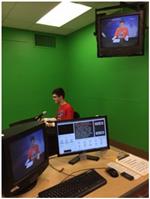 Joe has also been the public address announcer for the NT Youth Center basketball program.

The links on this Web site are provided for your information and convenience. By clicking on a link, you will be leaving the district website. Please be aware that, while we make every effort to evaluate all the sites to which we link, we cannot endorse nor be responsible for the content provided on these sites.
Copyright © 2002-2021 Blackboard, Inc. All rights reserved.